Dance of the Mother 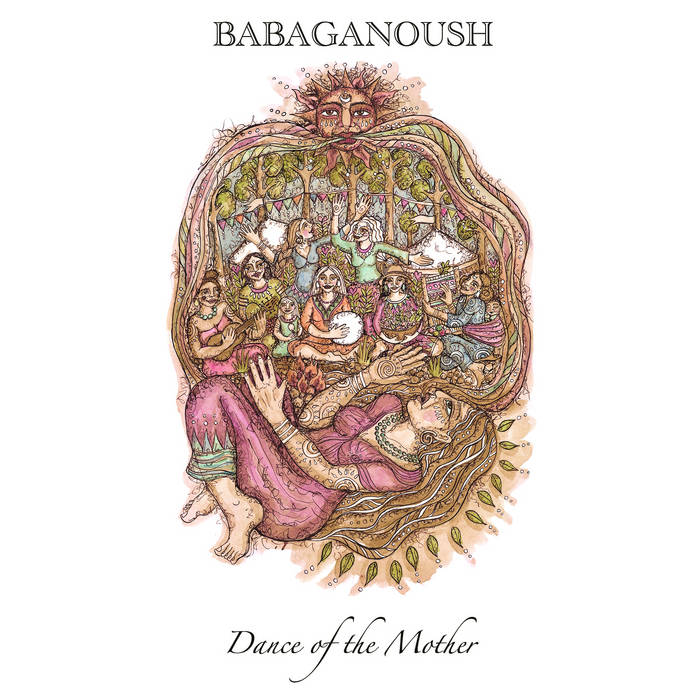 "Dance of the Mother" is a celebration of Gypsy and Balkan Folk Music from Serbia, Romania, Hungary, Turkey, Greece, Bulgaria, Macedonia. The heart spirited album title “Dance of the Mother” is an English translation of the Serbian Gypsy title track of the CD, which captures the richness & fullness of the Balkan Gypsy music sound of the band.
Weaving together some classic Gypsy/Romani repertoire with some less well known but beautiful works this evocative and bold album has been carefully crafted to touch a deep primordial part of everyone.
In wanting to share the love for folklorique sounds in a contemporary scene with everyone Malini Chidzey was inspired to transcribe some older traditional works.

To make the album something extraordinary to listen to Babaganoush invited special guest Stefan Noceveski to record with us. He has created some exquisite & heart-warming sounds to the album which has added some contrast to a couple of tracks. His very traditional Macedonian trumpet ornamentation has given the album a great presence which listeners sure will appreciate.

Babaganoush combines the best Gypsy & Balkan Music from Eastern Europe to tantalise you with their spicy melodies & hot rhythms. Their warm, sensuous & intoxicating sounds will have you mesmerised. From the Spiegeltent to Europe’s liveliest bars Babaganoush have ventured the world music circuit in full swing. Exuberant, authentic & heartfelt, the band has an organic beauty that is unforgettable. ... more

Bandcamp Daily  your guide to the world of Bandcamp